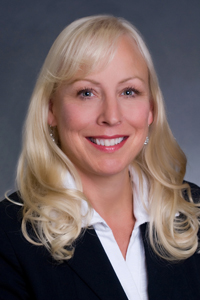 Laura Zeman-Mullen’s pre-legal career started out in laboratory work in biochemistry and genetics and also included working in compounding and IV pharmacies. She then undertook work in the public health field, which took her to Kenya, East Africa and later to county public health departments in the U.S.  She graduated law school at the University of Wisconsin in 1991 and began her IP legal career at a boutique law firm in Scottsdale, Arizona.  Leaving that firm for a brief spell with another firm in Madison, Wisconsin, she returned to Phoenix, Arizona and spent the major part of her private practice career at Snell & Wilmer. LLP, a nationally ranked law firm, first as an associate and then later as a partner in the IP practice group.  Laura is AV rated by Martindale Hubbell and has been named as one of the best lawyers in Intellectual Property Law by The Best Lawyers in America® in 2010-2015.

Laura left Snell & Wilmer in 2010 to start her own IP boutique law firm.  She teamed up with Stuart Ford, her law school classmate from twenty years earlier, to form Zeman-Mullen & Ford, LLP in 2011.

Laura’s practice covers the entire spectrum of the intellectual property field, including patent prosecution, trademark registration and counseling, freedom-to-operate and clearance work, license and other technology agreement drafting, copyright registration and counseling, trade secret counseling, patent portfolio analysis and intellectual property litigation. Her technical experience is primarily in the life science fields, with special emphasis in materials, medical devices, semiconductors, and the biomedical and bioscience areas. Laura has written and prosecuted hundreds of patents throughout her legal career and has been involved in patent litigation, trademark litigation, and copyright litigation suits.

Laura actively takes on pro bono work in the area of children’s rights and best interests. She was named Children’s Law Center Advocate of the Year for the Volunteer Lawyers Program in 2009.  She has also been active in the Phoenix community for the past decade and a half including serving on a Foster Care Review Board for 7 years and serving on the Board of Directors for both A New Leaf and the Arizona Friends of Foster Children Foundation.

Laura is a member of the Arizona and Wisconsin bars and is also a registered patent attorney. She is not licensed to practice in Oregon or Idaho. 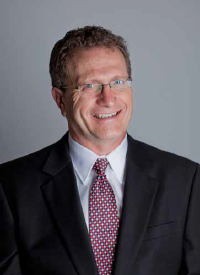 Stuart started his intellectual property practice in 1993 while working at a small commercial litigation firm in Dallas, Texas.  He moved to Fulbright & Jaworski, LLP in 1995, and then in 1998 to the Houston, Texas office of Vinson & Elkins, LLP, where he became a partner in that firm’s intellectual property and technical litigation group.  In this period of private practice, Stuart represented a diverse group of clients in all aspects of the intellectual property law field.  Most notably, he authored the patents that secured an electroluminescent technology that has been deployed on millions of cell phones worldwide, and was featured on the costumes in the 2010 movie “Tron: Legacy”.

In 2002, Stuart joined W-H Energy Services, Inc., a Houston-based oilfield services provider, as Vice President and IP Counsel.  During the next six years, he devised and implemented IP rights procurement programs throughout the organization, ensuring that the company’s technology position could be fully stated and properly valued.  He also implemented company-wide freedom-to-operate programs, ensuring that the company’s operations were unlikely to encounter infringement claims from competitors.

Returning to private practice in 2009, Stuart moved to Oregon and founded The Ford Law Firm, LLC.  He teamed up with Laura Zeman-Mullen, his law school classmate from twenty years earlier, to form Zeman-Mullen & Ford, LLP in 2011. Stuart moved to Boise, Idaho in 2012, where his primary office is currently located.

Stuart has authored over 100 U.S patents and has overseen or participated directly in 15-20 technology litigations.   He has undertaken the IP due diligence in approximately 20 mergers and acquisitions.  His practice covers the entire spectrum of the intellectual property field, including patent prosecution, trademark registration and counseling, freedom-to-operate and clearance work, license and other technology agreement drafting, trade secret counseling, copyright registration and counseling IP due diligence in business transactions and patent portfolio analysis.

Stuart is a member of the Idaho, Oregon, Texas and Wisconsin bars and is also a registered patent attorney.  He is not licensed to practice in Arizona.